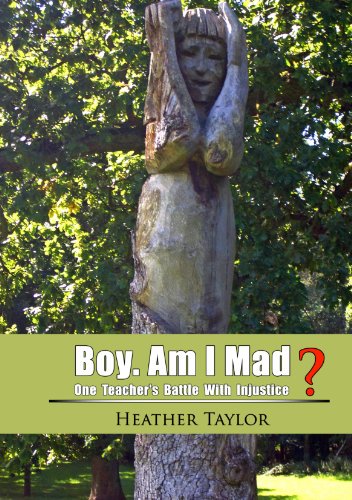 Boy. Am I Mad?
by Heather Taylor

Description:
Heather, who was head of department of a service for children with social, emotional and behavioural difficulties, suffered a massive blow to her 31 year career when she was falsely accused of slapping a pupil. She suffered severe reactive depression and anxiety as a result of the allegation. This book tells her story.

Hypnosis
- Wikibooks
This work covers the techniques commonly referred to as hypnosis. It will also offer support material, or reference it, such as methods to induce, or reinforce specific mental states and any attitudes and beliefs that impact the phenomena.
(7416 views)

Invisible Wounds of War
by Terri Tanielian - RAND Corporation
This monograph focuses on post-traumatic stress disorder, major depression, and traumatic brain injury. Unlike the physical wounds of war, these conditions are often invisible to the eye, remaining invisible to society in general.
(15402 views)

Schizophrenia
- NIMH
Schizophrenia is a chronic, severe, and disabling brain disorder that has affected people throughout history. Researchers are developing more effective medications and using new research tools to understand the causes of schizophrenia.
(16108 views)

Women and Depression: Discovering Hope
- NIMH
Depression is a common illness, and most who have it need treatment to get better. When a woman has a depressive disorder, it interferes with daily life, and causes pain for both the woman with the disorder and those who care about her.
(17562 views)