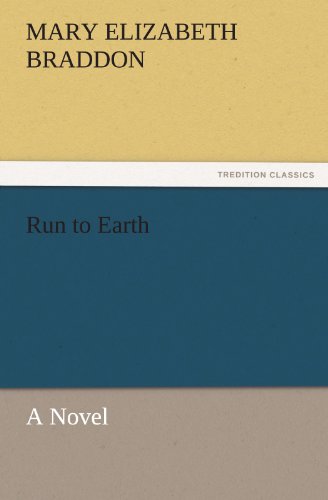 Description:
The blend of mystery and gothic horror in the narrative is engaging, the strong female characters portray an interesting side of Victorian life. The ending in spite of depending heavily on coincidences, brought our heroine the respect she so clearly deserved.

Concrete Underground
by Moxie Mezcal - ManyBooks
A murder mystery about identity and alienation in the digital age. An idealistic journalist sets out to expose corruption among the city's elite and soon finds himself immersed in a conspiracy of murder, blackmail, espionage, and human trafficking.
(5239 views)

The Egyptian Cat Mystery
by Harold Leland Goodwin - ManyBooks
In Chicago, a man speaks into the telephone: 'The cat is ready!' With these four words a chain of harrowing events is set into motion which involves Rick Brant and his pal Don Scott in ten days of danger, intrigue, and suspense.
(5249 views)

A Thief in the Night
by E. W. Hornung - Charles Scribner's Sons
A Thief in the Night is a 1905 collection of short stories by E.W. Hornung, featuring his popular character A. J. Raffles. It was the third book in the series. Raffles, a gentleman thief, commits a number of burglaries in late Victorian England.
(4581 views)

Ten Thousand Suspects
by Rayanda - RayandaArts
A hiker plunges to his death, a child is kidnapped and a man has his throat slashed to keep him from telling secrets that lure stolen art sleuth, Rane Lavita, and her pal, Chanlee, into the labyrinthine underbelly of the lucrative world of forgeries.
(6435 views)