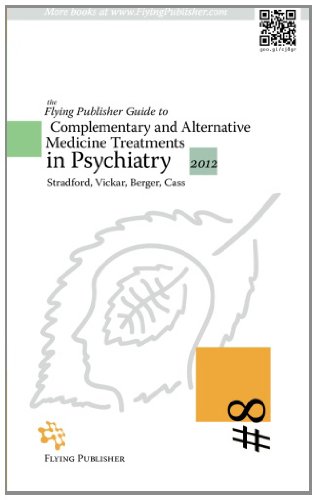 Description:
Complementary and Alternative Medicine Treatments in Psychiatry gives the mental health practitioner a solid introduction into the philosophy behind CAM approaches as well as a broad array of evidence-based CAM therapies that are increasingly finding their way into patient treatment plans with positive results.

Risk Factors For Suicide
- National Academies Press
Thoughts of suicide can be abundant and frequent for some. These thoughts easily disrupt the lives of not only the suicidal person but the world around said person. It may, however, be possible to tell someone is suicidal before it's too late.
(6263 views)

Psychotherapy
by Hugo Münsterberg - Moffat, Yard and Co.
I want to counteract the misunderstandings which overflood the whole field, especially by the mixing of mental and moral influence. I want to strengthen the public feeling that the time has come when every physician should study psychology.
(7588 views)

War Psychiatry (Textbooks of Military Medicine)
by Franklin D. Jones, at al. - Borden Institute
This volume addresses the delivery of mental health services during wartime, discusses the concept of combat stress reaction, the delivery of mental health care on the various battlefields, and the psychological consequences of modern combat.
(13018 views)

Instinct And The Unconscious
by William H. R. Rivers - York University
This book was originally published in 1920. The general aim of the book is to put into a biological setting the system of psycho-therapy which came to be generally adopted in Great Britain in the treatment of the psycho-neuroses of war.
(12569 views)