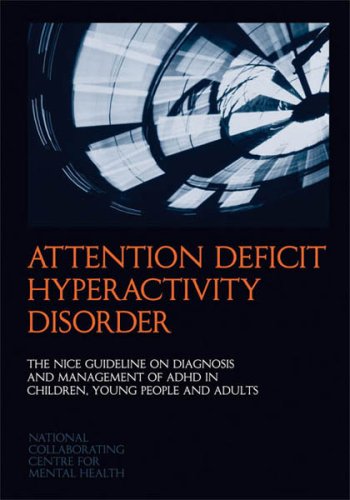 Description:
This guideline has been developed to advise on the treatment and management of attention deficit hyperactivity disorder (ADHD). The guideline recommendations have been developed by a multidisciplinary team of healthcare professionals, service users and carers, and guideline methodologists after careful consideration of the best available evidence.

Invisible Wounds of War
by Terri Tanielian - RAND Corporation
This monograph focuses on post-traumatic stress disorder, major depression, and traumatic brain injury. Unlike the physical wounds of war, these conditions are often invisible to the eye, remaining invisible to society in general.
(16047 views)

Neuropsychopharmacology: 5th Generation of Progress
by Kenneth L Davis, at al. - Lippincott Williams & Wilkins
This book establishes a critical bridge connecting new discoveries in molecular and cellular biology, genetics, and neuroimaging with the etiology, diagnosis, and treatment of the full spectrum of neuropsychiatric disorders.
(12041 views)

Instinct And The Unconscious
by William H. R. Rivers - York University
This book was originally published in 1920. The general aim of the book is to put into a biological setting the system of psycho-therapy which came to be generally adopted in Great Britain in the treatment of the psycho-neuroses of war.
(13176 views)