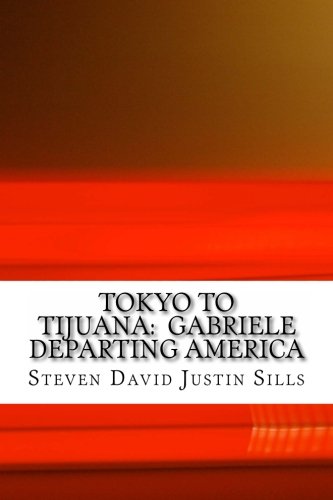 Description:
This novel contrasts a silent and overt rebellion. Sang Huin is a Korean American teaching English in Seoul, struggling to exist and understand the language of a culture that seems surreal to him, and yearning for family and his creation, Gabriele, is a caucasian American living in an Ithaca New York trailer park who is unsuited for motherhood and domestic life in her intellectual pursuits...

LA 3-Way
by Ben Borland - Smashwords
A comedy crime caper about the intertwining lives of a British pop star in Hollywood and an ordinary young man in Scotland who looks just like him. The pop star's attempt to atone for his wife's death leads him into deadly territory...
(6760 views)

The Excess Road
by Joshua Jones - Smashwords
The path to wisdom starts at the hilltop campus of Wessex College. There you can find a good party but you can also lose your mind like Joaquin Chandler did. He's looking for love and his own trail to tread during his freshman year in 1993.
(9975 views)

Life, Love, and a Polar Bear Tattoo
by Heather Wardell - Feedbooks
When Candice's in-laws were killed eight months ago, she lost more than just two of her favorite people: she lost her husband Ian as well. After only two years of marriage, their guilt and pain have left them living together but apart ...
(7427 views)

How To Disappear Completely
by David Bowick - Feedbooks
Sitting at the top of a Ferris wheel overlooking the Boston skyline, Josh's life takes an unexpected turn, things will never be the same. Along with the many surprises on his life's new path, he'll come to take life advice from a family of ducks.
(11041 views)