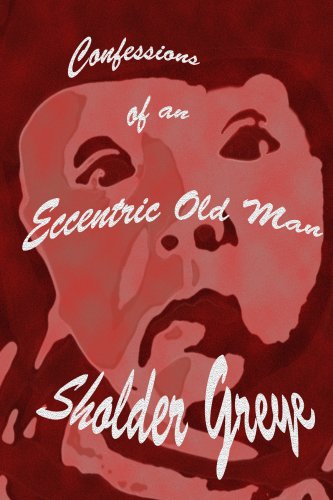 Confessions of an Eccentric Old Man
by Sholder Greye

Description:
A dying alchemist's memoir. Having lived for centuries, pursuing the truth of all things through half-baked whimsical notions, conceding nothing, progressing not a whit toward his goal, he walks proudly into whatever shall come with nary a glance over his shoulder.

Trapdoor
by Vixen Phillips - Feedbooks
Set in Melbourne in the late 90s, Trapdoor is a psychological journey through darkness and light -- a story of love, obsession and beautiful self-destruction. Sometimes, if you wish hard enough, dreams can come true ...
(9068 views)

Mad Boys
by Ernest Hebert - University Press of New England
A darkly comic novel of a boy's picaresque adventure through a surreal American landscape. Hebert offers a satiric road story of a 13-year-old's journey through an America where image has replaced substance, and appearance has become reality.
(7626 views)

LA 3-Way
by Ben Borland - Smashwords
A comedy crime caper about the intertwining lives of a British pop star in Hollywood and an ordinary young man in Scotland who looks just like him. The pop star's attempt to atone for his wife's death leads him into deadly territory...
(7292 views)

The Long Way Home
by Phillip Overton
A broken marriage sends a father and son on two different paths in life, only for both to realize an Angel is working to reunite them. The Long Way Home tackles the question of why bad things sometimes happen to good people ...
(8788 views)