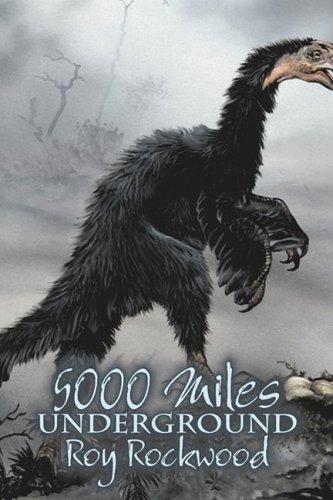 Description:
What does an enterprising inventor do to follow up the marvelous dirigible-ship Monarch and an amazing submarine called Porpoise? Why, cobble them together into an astounding vessel that travels on both air and sea, and then head straight into his wildest adventure yet -- more than twenty thousand leagues under the Earth!

Flatland: A Romance of Many Dimensions
by Edwin A. Abbot - Seeley and Co.
The book gives some accessible and charming explanations of geometry and physics for the curious non-mathematician. Flatland imagines a two-dimensional world inhabited by sentient geometric shapes who think their planar world is all there is.
(18974 views)

The Master Of The World
by Jules Verne - Project Gutenberg
A series of unexplained happenings occur across the eastern US, caused by objects moving with such great speed that they are nearly invisible. The first-person narrator John Strock travels to the Blue Ridge Mountains of North Carolina to investigate.
(8030 views)

Atlantida
by Pierre Benoit - ManyBooks
This French novel of 'Atlantis in the Sahara' made a huge splash when it was published. The exotic Saharan setting, the stories of desert survival, the overpowering allure of the last Queen of Atlantis, make a memorable, if a bit pulpy, read.
(4303 views)