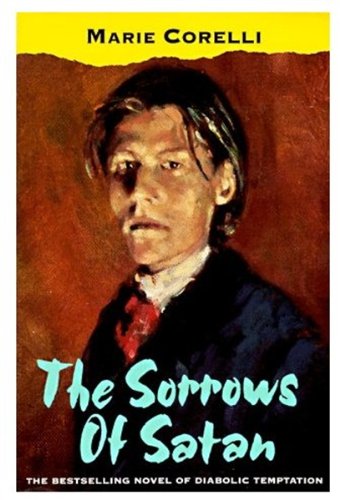 The Sorrows of Satan
by Marie Corelli

Description:
The Sorrows of Satan is an 1895 faustian novel by the British novelist Marie Corelli. Roundly condemned by critics for Corelli's moralistic and prosaic style, it is widely regarded as one of the world's first bestsellers.

Shirley
by Charlotte Bronte - Harper
Set during the Napoleonic wars, Shirley is a passionate depiction of conflict among classes, sexes, and generations. Struggling manufacturer Robert Moore considers marriage to the wealthy Shirley Keeldar, yet his heart lies with Caroline ...
(7351 views)

Dreamy Hollow
by Sumner Charles Britton - World Syndicate Company, Inc.
Drury Villara suddenly retired and went to live in Dreamy Hollow, the home he built for the girl he was to marry, with hopes that the spirit of her dead body would be hovering around it. He is thoroughly convinced that 'there is no death' ...
(5714 views)

The Awakening
by Kate Chopin - H. S. Stone & company
The Awakening is a short novel by Kate Chopin, first published in 1899. It so disturbed critics and the public that it was banished for decades afterward. This brief novel is widely considered to be a proto-feminist precursor to American modernism.
(12173 views)

The Wet Parade
by Upton Sinclair - Farrar & Rinehart
In the early 20th Century, with the Prohibition Era approaching, two families come undone over the evils of alcohol. The drinking of Roger Chilcote costs him everything, including his family's money after gambling it away. Chilcote commits suicide...
(3859 views)