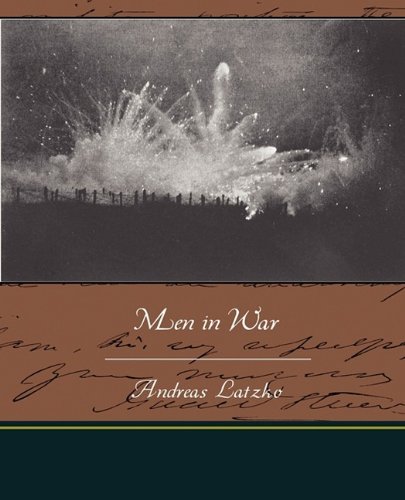 Men in War
by Andreas Latzko

Description:
The book contains six artistically written episodes in which an Austrian officer pictures war as a sickening horror and an exploitation of the poor. Its sordidness being entirely unrelieved by any ideal of patriotism, it may tend to leave an impression of the utter unjustifiability of either side of the war.

Dreamy Hollow
by Sumner Charles Britton - World Syndicate Company, Inc.
Drury Villara suddenly retired and went to live in Dreamy Hollow, the home he built for the girl he was to marry, with hopes that the spirit of her dead body would be hovering around it. He is thoroughly convinced that 'there is no death' ...
(5865 views)

Hillary Malone
by Christopher Olander - Novelmaker
A tragic novel about an American ingenue who lives among the misfits and artists in Paris in the 1920s, looking to have impact on them, only to be, as one of the liberated American women, abused by the men from whom she sought stimulation or solace.
(8917 views)

Some Do Not...
by Ford Madox Ford - Duckworth and Co.
Christopher and Valentine are on the verge of becoming lovers until he must return to his WWI regiment. An unforgettable exploration of the tensions of a society confronting catastrophe, sexuality, power, madness, and violence.
(6899 views)