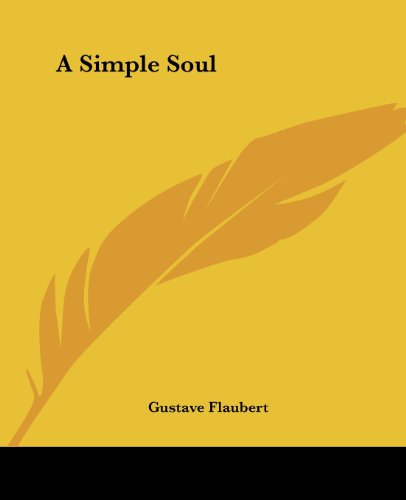 A Simple Soul
by Gustave Flaubert

Description:
A story of one woman's apparently fruitless existence. The protagonist, a hardworking, good-hearted, poor and uneducated woman named Felicite, is said to have been modeled after a maid employed by Flaubert's family during his childhood, a much beloved woman of tremendous character. The story is unusual among the author's writings because it is about goodness.

The Charterhouse of Parma
by Stendhal - Feedbooks
The story of the young Italian nobleman Fabrice del Dongo and his adventures from his birth in 1798 to his death in 1829. Fabrice's early years are spent in his family's castle on Lake Como, while most of the novel is set in a fictionalized Parma.
(9233 views)

Faust
by Johann Wolfgang von Goethe - Arden Book Co.
Goethe's most complex and profound work, Faust was the effort of the great poet's entire lifetime. Written over 60 years, it can be read as a document of Goethe's moral and artistic development. Translated into English by Bayard Taylor.
(12461 views)

Ecstasy: A Study of Happiness
by Louis Couperus - Dodd, Mead and Company
This delicate story is Louis Couperus' third novel. At the time when it was written, the author was a leading member of the 'sensitivist' school of Dutch novelists; and the reader will discover that the story possesses an elusive charm of its own.
(9353 views)

Madame Bovary
by Gustave Flaubert - Brentano's
Tragic novel and a great portrayal of infidelity. Gustave Flaubert wrote the story of Emma Bovary, a wife unfulfilled and bored by motherhood and marriage. She embarks upon a number of affairs in search of passion and excitement.
(14779 views)