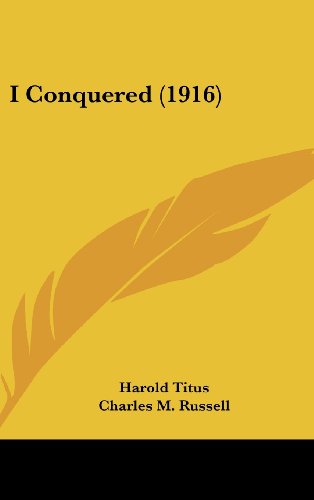 I Conquered
by Harold Titus

Description:
An alcoholic young man is tossed out of his rich father's house and told not to come back until he gets his life back together. The young man gets on the train for as far as the cash in his wallet will take him, the small cowboy town of Colt, Colorado. What follows is a recovery Western in which the young man becomes a ranch hand and arduously gets himself back together.

Raw Gold
by Bertrand W. Sinclair - ManyBooks
The Canadian border furnishes the scene of this tale of Wild West life--primitive, exhilarating, spiced with dangers. Particularly is it a delineation of the character of the Northwest mounted police, sent by the English government to keep order...
(4908 views)

The Rider of Golden Bar
by William Patterson White - ManyBooks
Spirited story, full of action, which should please readers of western fiction. The hero, who is elected sheriff on the supposition that he is lazy and easy-going, proves an unpleasant surprise to the corrupt ring that had supported him.
(6533 views)

The Gun-Brand
by James B. Hendryx - G.P. Putnam's Sons
Here was action -- life! Primitive man battling against the unbending forces of an iron wilderness. The red blood leaped through the girl's veins as she realized that this life was to be her life -- this wilderness to be her wilderness.
(6240 views)

The Riverman
by Stewart Edward White - ManyBooks
This novel is a rugged adventure from a time when men had to work for a living. The story of a man's fight against a river and of a struggle between honesty and grit on the one side, and dishonesty and shrewdness on the other.
(4728 views)