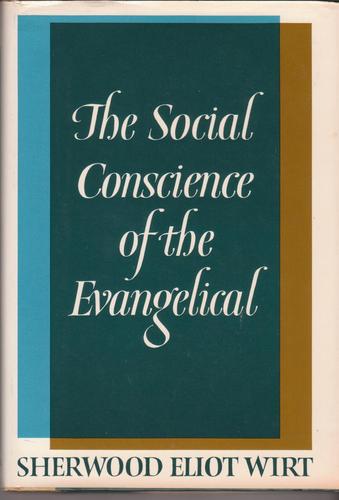 The Social Conscience of the Evangelical
by Sherwood Eliot Wirt

Description:
Sherwood Eliot Wirt challenges Christians to confront the injustices of our times with Biblical faith and strong action. The author brings into the open a full and frank discussion of the evangelical Christian's emerging concern for the world in which he lives.

High History of the Holy Graal
- E. P. Dutton & co
According to Christian mythology, the Holy Grail was the dish, plate, or cup used by Jesus at the Last Supper, said to possess miraculous powers. This is the first volume of the Story of the Grail, compiled from a 16th-century copy of the original.
(12007 views)

A treatise on the True Devotion to the Blessed Virgin
by St. Louis-Marie Grignion de Montfort - Burns & Lambert
Necessity of devotion to our lady, In what devotion to Mary consists, The perfect consecration to Jesus Christ, Motives which recommend this devotion, Biblical figure of this perfect devotion, Wonderful effects of this devotion, Particular practices.
(14627 views)

Talmud of Jmmanuel
by John Grau
Jmmanuel, later called Jesus survived the crucifiction and later moved to Kashmir with his mother Mary, married and had children and teached others till he was 115 years old. His spirit was later reincarnated as Mohammed.
(11925 views)

Science and Christianity
by John D. Callahan
This book is about science and Christianity, and it reconciles the two. It is a book about man's place in the universe, with fascinating implications. The book is written for everyone, Christian and non-Christian, and it will challenge both greatly.
(9965 views)