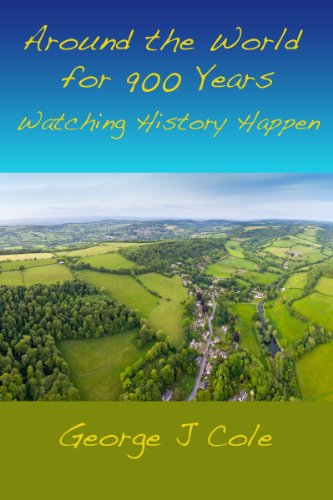 Around the World for 900 Years: Watching History Happen
by George J Cole

Description:
Cole's history is World News, reported as it happens by a roving observer/commentator in an imaginary space station drifting around the Earth for 900 years. He observes interesting events that are happening about the same time in different parts of the world. The commentator has to return to base occasionally, and misses a lot of the dull bits.

A Short History of Christianity
by J. M. Robertson - Watts & Co.
Robertson was an advocate of the Jesus-Myth theory, and he argued against the historicity of Jesus. According to Robertson, the character of Jesus in the New Testament developed from a Jewish cult of Joshua, whom he identifies as a solar deity.
(5430 views)

United Nations History
- Wikibooks
On January 1, 1942, representatives of 26 nations at war with the Axis powers met in Washington to sign the Declaration of the United Nations endorsing the Atlantic Charter, pledging to use their resources and agreeing not to make a separate peace.
(8755 views)

The History of the Conquest of Mexico
by William Hickling Prescott - The Modern Library
This book was a pioneering view of the Aztec civilization. The story of the life of Hernando Cortes, the Conqueror and the tragic story of Montezuma the Aztec king are essential to this history. Prescott is among the finest of English prose stylists.
(9425 views)