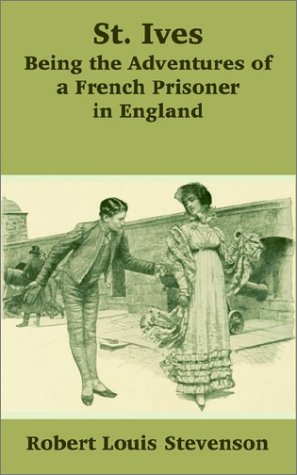 St. Ives: Being the Adventures of a French Prisoner in England
by Robert Louis Stevenson

Description:
Stevenson had written all but the very conclusion of this work at the time of his death. His stepdaughter had been serving as his secretary and was in possession of an outline for the ending. In order to conclude the story the publisher enlisted the talents of Sir Arthur Quiller-Couch who supplied the last few chapters.

Treasure Island
by Robert Louis Stevenson - Harper & Brothers
The most popular pirate story ever written, Treasure Island has been happily devoured by several generations of boys and girls. Jim Hawkins finds himself owner of a map to Treasure Island, where the fabled pirate booty is buried.
(12747 views)

Kidnapped
by Robert Louis Stevenson - Project Gutenberg
Classic coming-of-age story for children and young adults. After the death of his father, David sets out to meet his uncle and claim his inheritance. This adventure takes him through the highlands of Scotland where he embarks upon a long journey.
(8270 views)

The Story of a Lie
by Robert Louis Stevenson - eBooks@Adelaide
This book is a comic tale of manners. Young Dick Naseby chances to meet the beautiful Esther. Falling in love he is loath to despoil her romantic notions of her long lost father. But when he returns, things start to fall apart ...
(3713 views)