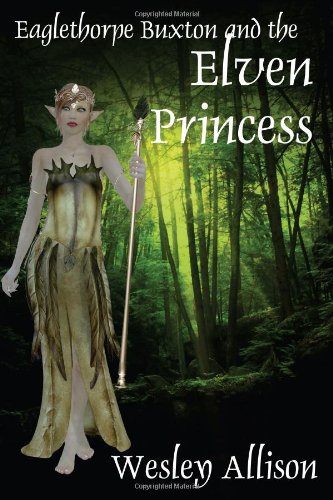 Eaglethorpe Buxton and the Elven Princess
by Wesley Allison

Shadows of Ecstasy
by Charles Williams
The novel tells of a mysterious invasion that threatens Europe from Africa. United in a crusade against death, the powers of the 'Dark Continent' rise up with exultant paganism. Williams had a genius for choosing strange themes for his novels.
(7539 views)

Spell of Catastrophe
by Mayer Alan Brenner - ManyBooks
In a world of magic, where computers and nanotechnology are long gone, one unlucky man must make some tough decisions... Three separate lines of action engage disparate characters in a race to converge at last in a huge blast of action.
(5808 views)

Reaper: Angel of Death
by G.P. Burdon
Darius, a human who lived as a slave until his untimely death allowed him to become a Reaper, discovers another Reaper is consuming the souls of innocent humans to gain power. Darius must thwart this rogue to restore humanity.
(7705 views)