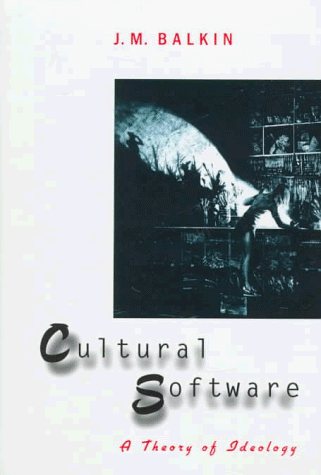 Cultural Software: A Theory of Ideology
by J.M. Balkin

Decision Theory: A Brief Introduction
by Sven Ove Hansson - KTH Stockholm
This text is a non-technical overview of modern decision theory. It is intended for university students with no previous acquaintance with the subject, and was primarily written for the participants of a course on risk analysis.
(10153 views)

What is Philosophy?: Embodiment, Signification, Ideality
by Jere Surber - re.press
The enterprise of philosophy has been under sustained attack throughout the 20th century. This work attempts to diagnose the roots of these assaults and responds to them by developing a new constructive and systematic 'image of philosophy.'
(5392 views)

The New Organon
by Francis Bacon - Collier
This work was revolutionary in its attempt to give formal philosophical shape to emerging experimental science. It challenged the entire edifice of the philosophy of Bacon's time, and left its mark on all subsequent discussions of scientific method.
(11246 views)

Can Biotechnology Abolish Suffering?
by David Pearce - Smashwords
This book is a collection of essays by utilitarian philosopher David Pearce. The essays deal with the abolition of suffering through biotechnology, negative utilitarianism, the nature of consciousness, and the future of intelligent life.
(6686 views)