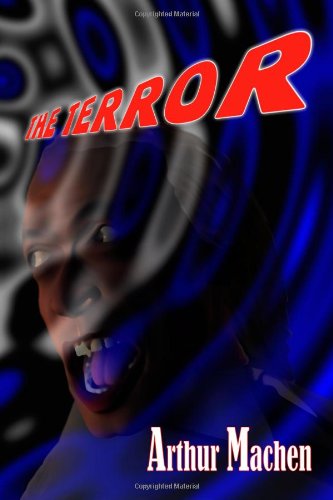 The Terror
by Arthur Machen

Description:
During the First World War in Britain a series of unexplained deaths and murders occur with no sign of who or what is responsible. Corpses so terribly maimed that coffins had been kept covered; faces mutilated as if by some gnawing animal.

The Three Impostors
by Arthur Machen - Roberts Bros
In this terrifying novel, a bustling suburb appears normal and cheerful -- but nothing is really as it seems. For in this world of impostors, conspiracies combine with dark forces, veiling a once-ordinary community in a cloud of mystery.
(5424 views)

Far Off Things
by Arthur Machen - London M. Secker
This is an autobiography of Arthur Machen. He is best known for his influential supernatural, fantasy, and horror fiction. His literary significance is substantial; his stories have been translated into many languages and reprinted in anthologies ...
(4284 views)

The Hill Of Dreams
by Arthur Machen - A.A. Knopf
The novel recounts the life of a young man, focusing on his dreamy childhood in rural Wales. The Hill of Dreams of the title is an old Roman fort where he has strange sensual visions, including ones of the town in the time of Roman Britain.
(7765 views)

The White People
by Arthur Machen - Grant Richards
This story is an exercise in the bizarre that leaves the reader disoriented virtually from the first page, the author turns even fundamental truths upside down. Welshman Arthur Machen is considered one of the fathers of weird fiction.
(5087 views)