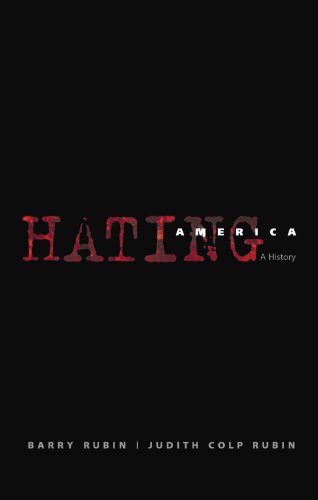 Description:
Reviled as an imperialist power, an exporter of destructive capitalism, an arrogant crusader against Islam, and a rapacious over-consumer casually destroying the planet, it seems that the United States of America has rarely been less esteemed in the eyes of the world. Barry Rubin and Judith Colp Rubin here draw on sources from a wide range of countries to track the entire trajectory of anti-Americanism.

U.S. Immigration Policy
by J. Bush, T. F. McLarty III, E. Alden - Council on Foreign Relations
This report examines immigration into the U.S. in a foreign policy context. It broadens the debate by analyzing issues of economic competitiveness, terrorism and national security, human rights, and public diplomacy in the context of globalization.
(10410 views)

The Conservative Nanny State
by Dean Baker - ManyBooks
Economist Dean Baker debunks the myth that conservatives favor the market over government intervention. In fact, conservatives rely on a range of 'nanny state' policies that ensure the rich get richer while leaving most Americans worse off.
(5069 views)

Occupiers of Wall Street: Losers or Game Changers
by Bhaskar Sarkar - Smashwords
The Occupiers of Wall Street burst into media limelight on 17 September 2011. They inspired over 1500 protests against corporate greed and the nexus between politicians and corporation in 82 countries around the world by October 2011 ...
(5867 views)