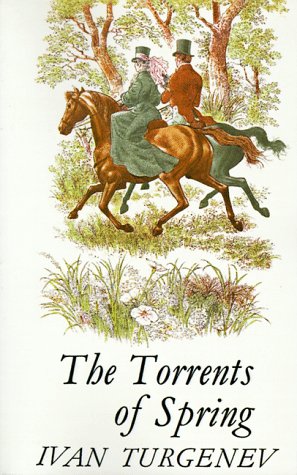 The Torrents of Spring
by Ivan Turgenev

Description:
This literary work, as an unhappy love story, is often understood by readers as a description of Turgenev's own failure in finding romantic love. The story is partly autobiographical with the main character Sanin representing Turgenev himself during his younger days when the author visited Frankfurt and other European cities outside his native Russia.

Faust
by Johann Wolfgang von Goethe - Arden Book Co.
Goethe's most complex and profound work, Faust was the effort of the great poet's entire lifetime. Written over 60 years, it can be read as a document of Goethe's moral and artistic development. Translated into English by Bayard Taylor.
(12461 views)

In Vain
by Henryk Sienkiewicz - Little, Brown. & Co.
This volume contains pictures of student life drawn by a student who saw the life which he describes in the following pages. This student was a person of exceptional power and exceptional qualities, hence the value of that which he gives us.
(5684 views)

The Charterhouse of Parma
by Stendhal - Feedbooks
The story of the young Italian nobleman Fabrice del Dongo and his adventures from his birth in 1798 to his death in 1829. Fabrice's early years are spent in his family's castle on Lake Como, while most of the novel is set in a fictionalized Parma.
(9233 views)