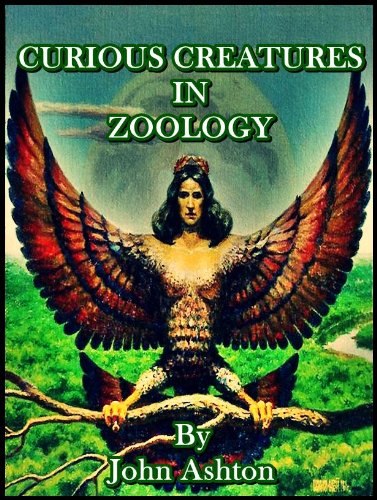 Description:
A cryptozoological classic by John Ashton. This work covers a wide variety of curious natural history that had been reported by early writers and explorers. Fact and fancy were both commonplace. Some creatures are well-known (dragons, sea monsters) while others, like the Su, are less so.

Elephant Seals: Population Ecology, Behavior, and Physiology
by B. J. Le Beouf , R. M. Laws - University of California Press
This discussion of elephant seals brings together worldwide expertise from scientists who describe recent research, the history and status of various populations, and other findings obtained with the help of modern instruments.
(8266 views)

Poisonous Dwellers of the Desert
by Natt Noyes Dodge - Southwestern Monuments Association
Some of the creatures living in deserts are known to be poisonous to man. The purpose of this book is to discuss the various poisonous dwellers of the desert, as well as to debunk some of the superstitions and misunderstandings which have developed.
(3437 views)

The Life of Crustacea
by William Thomas Calman - Methuen & Co.
This book deals chiefly with the habits and modes of life of the Crustacea, and attempts to provide an account of some of the more important scientific problems suggested by a study of the living animals in relation to their environment.
(7232 views)