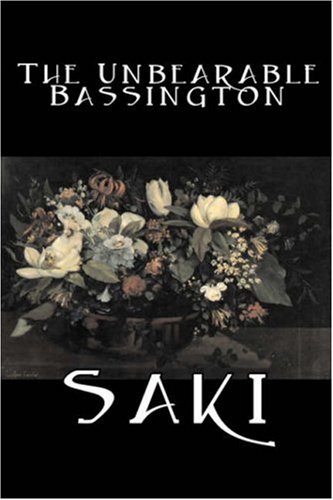 The Unbearable Bassington
by Saki

Description:
In the staid British society of 1900, the irresponsible Comus Bassington is always getting into trouble. What can be done with him? Ship him to the Colonies, where he can no longer embarrass his mother or break the hearts of girls who find him inexplicably attractive.

War in Heaven
by Charles Williams
Williams gives a contemporary setting to the traditional story of the Search for the Holy Grail. Examining the distinction between magic and religion, this book graphically portrays a metaphysical journey through the crevices of the human mind.
(5494 views)

A Traveler from Altruria
by William Dean Howells - Harper & Brothers Publishers
A utopian novel, set during the early 1890s in a fashionable summer resort somewhere on the East Coast. The social differences in America are shown by having the rich staying at a luxurious resort near the farms of workers in a lower class.
(5422 views)

A Deal with The Devil
by Eden Phillpotts - Bliss, Sands and Foster
Before my grandpa, Daniel Dolphin, comes down to breakfast on the morning of his hundredth birthday, I may tell you something about him. He has been married three times; he has buried all his wives and all his children. There were five of the latter.
(4309 views)

The Awakening
by Kate Chopin - H. S. Stone & company
The Awakening is a short novel by Kate Chopin, first published in 1899. It so disturbed critics and the public that it was banished for decades afterward. This brief novel is widely considered to be a proto-feminist precursor to American modernism.
(11663 views)