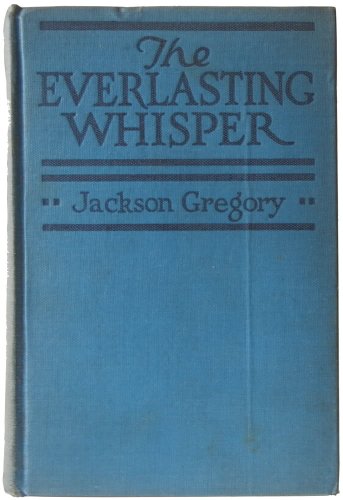 The Everlasting Whisper
by Jackson Gregory

Description:
This is the story of a strong man's struggle against savage nature and humanity, and of a beautiful girl's regeneration from a spoiled child of wealth into a courageous strong-willed woman. The book was first published in 1922.

Men in War
by Andreas Latzko - ManyBooks
An Austrian officer pictures war as a sickening horror and an exploitation of the poor. Its sordidness being entirely unrelieved by any ideal of patriotism, it may tend to leave an impression of the utter unjustifiability of either side of the war.
(5615 views)

Jimmie Higgins
by Upton Sinclair - ManyBooks
Jimmie Higgins is the fellow who does the hard work in the job of waking up the workers. Jimmie hates war -- all war -- and fights against it with heart and soul. But war comes, and Jimmie is drawn into it, whether he will or not.
(6085 views)

Martin Eden
by Jack London - Feedbooks
This is a novel by American author Jack London, about a struggling young writer. This book is a favorite among writers, who relate to Martin Eden's speculation that when he mailed off a manuscript, there was no human editor at the other end.
(8357 views)

Jacob the Unicorn
by Stephen Boyer
Jacob is a young man who is seeking his path in the world. He comes from an abusive upbringing and seeks to escape from his misfortunes. Much of the story is set in Jacob's internal world where he fantasizes the good life, unicorns, and love.
(8125 views)