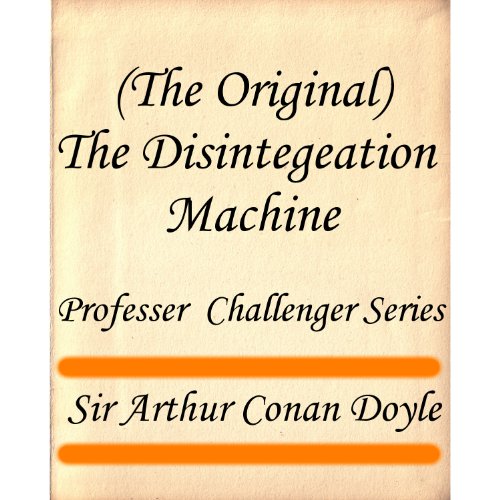 Description:
Professor Challenger is arguing with people who are persistently calling him on the telephone when his young friend Malone, a reporter for the Gazette, enters and requests Challenger accompany him to inspect the discovery of Theodore Nemor, who claims to have invented a machine capable of disintegrating objects. Skeptical of the invention, Challenger accepts Malone's proposal and accompanies him to the house of Nemor.

Dealings of Captain Sharkey and Other Tales of Pirates
by Arthur Conan Doyle - Project Gutenberg
When the wars of the Spanish Succession had been brought to an end, the vast number of privateers found their occupation gone. A few of the more reckless hoisted the Jolly Rodger at the mizzen, declaring a private war against the whole human race.
(6310 views)

A Study in Scarlet
by Arthur Conan Doyle - Project Gutenberg
The first published story involving the legendary Sherlock Holmes, and the first narrative by the unassuming Dr. Watson, a military surgeon. Watson needs a flat-mate and a diversion. Holmes needs a foil. And thus a great collaboration begins.
(6886 views)

The Mystery of Cloomber
by Arthur Conan Doyle
What dark deed from the past put a lifelong curse on Major Heatherstone of Cloomber Hall? The master of detective fiction reveals his deep fascination with spiritualism and the paranormal in this gripping tale of mystery and the supernatural.
(5505 views)

The Valley of Fear
by Arthur Conan Doyle - Project Gutenberg
Grade 7 Up-A coded warning of imminent danger sends Sherlock Holmes and Dr. Watson to the country house of the reclusive Jack Douglas. When they arrive too late to prevent a tragic death, they must follow bewildering clues and find a murderer.
(6055 views)