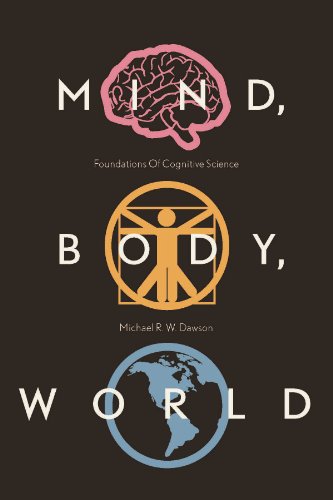 Description:
Intended to introduce both graduate and senior undergraduate students to the foundations of cognitive science, the book 'Mind, Body, World' addresses a number of questions currently being asked by those practicing in the field.

Cognition and Instruction
- Wikibooks
There is a significant body of research and theory on how cognitive psychology can inform teaching, learning, and educational technology. This book is for anyone with an interest in that topic, especially teachers, designers and students ...
(2471 views)

Early and late selection: Effects of load, dilution and salience
by Tal Makovski, Glyn Humphreys, Bernhard Hommel - Frontiers Media SA
Our visual system is constantly bombarded by a variety of stimuli, of which only a small part is relevant to the task at hand. As a result, goal-directed behavior requires a high degree of selectivity at some point in the processing stream ...
(2132 views)

The Varieties Of Religious Experience: A Study In Human Nature
by William James - Longmans
Considering religion as it is felt in everyday life, James undertook a project that stands not only as one of the most important texts on psychology ever written, but for many critics one of the best works of nonfiction written in the 20th century.
(14886 views)

Instinct And The Unconscious
by William H. R. Rivers - York University
This book was originally published in 1920. The general aim of the book is to put into a biological setting the system of psycho-therapy which came to be generally adopted in Great Britain in the treatment of the psycho-neuroses of war.
(11340 views)