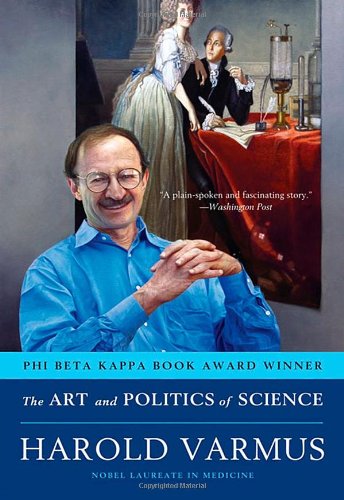 The Art and Politics of Science
by Harold Varmus

Description:
In this memoir, Varmus considers a life's work that includes the groundbreaking research that won him a Nobel Prize. Varmus shares his experiences from the trenches of politicized battlegrounds ranging from budget fights to stem cell research, global health to science publishing.

The Voyage of the Beagle
by Charles Darwin - P.F. Collier & son
This readable book is the product of Darwin's amazing journey aboard the Beagle where he made observations that led to his theory of natural selection. The book is a lively and accessible introduction to the mind of this influential thinker.
(14157 views)

The Story of Euclid
by W. B. Frankland - George Newnes
Euclid was a Greek mathematician, often referred to as the 'Father of Geometry'. His Elements is one of the most influential works in the history of mathematics, serving as the main textbook for teaching mathematics until the early 20th century.
(12976 views)