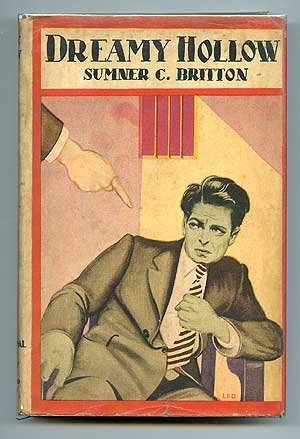 Description:
Drury Villara, after amassing a most prodigious fortune suddenly retired and went to live in Dreamy Hollow, the home he built for the girl he was to marry, with hopes that the spirit of her dead body would be hovering around it. He is thoroughly convinced that 'there is no death' and he talks with the spirit of Winifred.

The Web of Life
by Robert Herrick - ManyBooks
A realistic, and to a great extent, a philosophic study of modern American life: the scene is Chicago, and the writer gives searching views of society there. Robert Welch Herrick was a novelist who was part of a new generation of American realists.
(4849 views)

Martin Eden
by Jack London - Feedbooks
This is a novel by American author Jack London, about a struggling young writer. This book is a favorite among writers, who relate to Martin Eden's speculation that when he mailed off a manuscript, there was no human editor at the other end.
(8380 views)

The Unlit Lamp
by Radclyffe Hall - eBooks@Adelaide
The story of Joan Ogden, a young girl who dreams of setting up a flat in London with her friend Elizabeth (a so-called Boston marriage) and studying to become a doctor, but feels trapped by her manipulative mother's emotional dependence on her.
(5143 views)

Agnes Grey
by Anne Brontë - Thomas Cautley Newby
Bronte's daring first novel was hailed as the most perfect prose narrative in English literature. Originally quite scandalous and drawing from the author's own life, this biting social commentary exposes the hardships of a governess's life.
(8660 views)