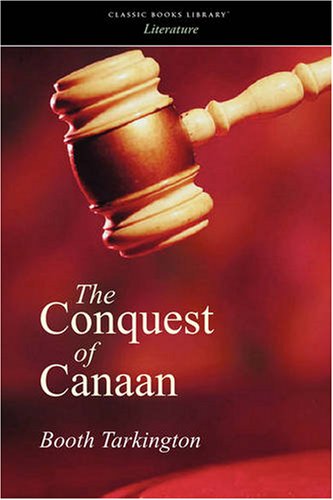 The Conquest of Canaan
by Booth Tarkington

Description:
The Conquest of Canaan is the story of social pariah Joe Louden, who as a young man is the subject of much gossip and malignment in the small Midwestern city of Canaan. After much opposition, he wins the respect of the townspeople ...

The Awakening
by Kate Chopin - H. S. Stone & company
The Awakening is a short novel by Kate Chopin, first published in 1899. It so disturbed critics and the public that it was banished for decades afterward. This brief novel is widely considered to be a proto-feminist precursor to American modernism.
(11663 views)

Agnes Grey
by Anne Brontë - Thomas Cautley Newby
Bronte's daring first novel was hailed as the most perfect prose narrative in English literature. Originally quite scandalous and drawing from the author's own life, this biting social commentary exposes the hardships of a governess's life.
(8630 views)

The Demi-gods
by James Stephens - The Macmillan company
A group of ancient heroes in the form of winged angels show up one night in the camp of wandering Mac Canns. The little group wanders around rural Ireland: telling stories, creating mischief and running into some familiar yet often unwelcome faces.
(5150 views)

Hillary Malone
by Christopher Olander - Novelmaker
A tragic novel about an American ingenue who lives among the misfits and artists in Paris in the 1920s, looking to have impact on them, only to be, as one of the liberated American women, abused by the men from whom she sought stimulation or solace.
(8284 views)