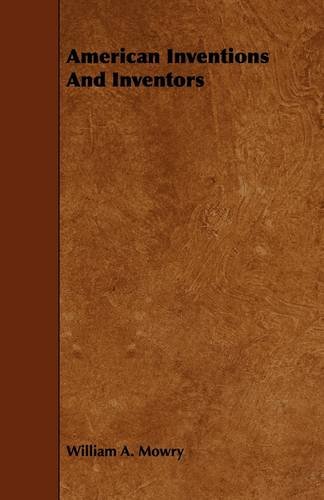 American Inventions and Inventors
by Arthur May Mowry, William A. Mowry

Description:
The record of no other country can present a more startling array of forward movements and upward tendencies than that of our own land, and in no one direction does this upward movement appear quite so clearly as in the line of inventions.

The Myths and Legends of Ancient Greece and Rome
by E. M. Berens - Longwood Press
The author gives a lifelike picture of the deities of classical times as they were conceived and worshipped by the ancients themselves. From the contents: origin of the world, Uranus and Gaea, Cronus, Rhea, division of the world, etc.
(15465 views)

Stories From Roman History
by Lena Dalkeith - E.P. Dutton & Co.
This book is a nice introduction to the history of early Rome, from the founding of the City to the death of Julius Caesar and the rise of Augustus. It is a child's history book, written on the sixth to eighth grade level.
(8541 views)

Historic Events of Colonial Days
by Rupert S. Holland - George W. Jacobs & Company
An absorbing book, describing the most dramatic episodes in colonial history: Peter Stuyvesant's flag, the struggle between Nathaniel Bacon and Sir William Berkeley, the attack on the Delaware, the pirates of Charles Town Harbor, and much more.
(6460 views)

American History Stories
by Mara Louise Pratt - Chadwick - Educational Pub. Co.
These are the stories of early exploration and founding of American colonies, conflicts over religion, and troubles with the Indians, culminating in the French and Indian War. These volumes are suitable for ages 8 and up.
(9504 views)