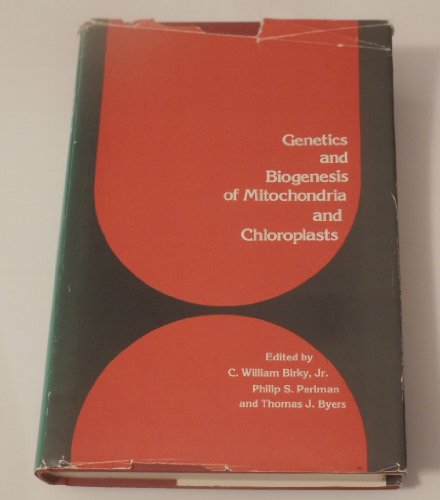 Genetics and Biogenesis of Mitochondria and Chloroplasts
by C. William Birky, et al.

Description:
A collection of papers devoted to the study of genetics and cell biology. The genetics of chloro­plasts and mitochondrial inheritance have only fairly recently come to represent a major preoccupation of both molecular and cell biologists, who have been prompted, since the discovery of organelle DMA in the early 1960s, to probe ever more deeply into the energy-producing centers of the cell.

Behavioral Genetics
by Catherine Baker - AAAS
An introduction to how genes and environments interact through development to shape differences in mood, personality, and intelligence. An introduction for non-scientists to the behavioral genetics and its broader ethical and social implications.
(15884 views)

Biodefense in the Age of Synthetic Biology
- National Academies Press
Synthetic biology is being pursued overwhelmingly for beneficial purposes ranging from reducing the burden of disease to improving agricultural yields to remediating pollution. This book explores and envisions potential misuses of synthetic biology.
(1381 views)