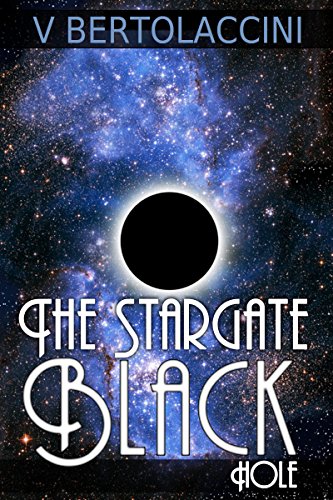 Description:
A secret agent probes scientists creating a stargate after time warps and black holes are made in particle accelerators in space, and enters it and hurtles through a gateway, and a starship crew is attacked by a devil-like presence in deep space and leave space and time, and in a minding-bending universe meet one of the most deadliest menaces.

Police Your Planet
by Lester del Rey - Avalon Books
SF novel that would appeal to Mickey Spillane fans, this book features lots of violence, beatings, and blood. But this isn't just a crime novel put into space; this is a hard SF novel, and the terraforming of Mars is central to the story.
(10824 views)

Scale Free
by Patrick Arnesen - Smashwords
Scale Free takes the reader to a moment in future-history when a fledgling society of uploaded people, still reveling in their new-found freedom, must face the old-world of humanity. Humans are struggling to come to grips with presence of uploads.
(3896 views)

Life Artificial
by David A Eubanks - lifeartificial.com
The logs of an artificial intelligence in a post-apocalyptical world. Their survival depends on their ability to perform jobs and not to upset the 'Stickies', the mistrusting remains of humankind. Hard, elaborate science fiction in a dark future.
(5577 views)

Ye of Little Faith
by Roger Phillips Graham - Project Gutenberg
The disappearance of John Henderson was most spectacular. It occurred while he was at the blackboard working an example in integration for his ten o'clock class. The incompleted problem remained on the board while the police worked on the case.
(5503 views)