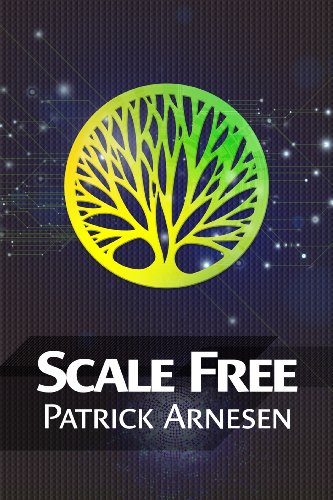 Description:
Scale Free takes the reader to a pivotal moment in future-history, when a fledgling society of uploaded people, still reveling in their new-found freedom, must face the turbulent old-world of humanity. Humans, burdened by their traditions and biases, are struggling to come to grips with presence of uploads; but one way or another, the decision to treat them as a blessing or a threat, will soon come to a head...

The Tomorrow Project
by D. Rushkoff, R. Hammond, S. Thomas, M. Heitz - Intel
All stories in this collection are based on technologies Intel is currently developing in their labs. Each story is unique in its own vision and portrayal of life in the future, but each of them is extraordinarily good at capturing the human drama.
(5511 views)

Which Art in Hope
by Francis Porretto - Smashwords
A great sci-fi novel with a strong dose of science. When the Federation fled Earth they had only the slimmest chance of finding a habitable world. 544 years later they found one; they named it Hope. However, Hope isn't what it seemed.
(5943 views)

Zero Hour
by Alexander Blade - BooksFairy.com
This is a short science fiction story produced from 'Imagination', April, 1956. By accident Bobby discovered the rocket was about to be shot to the Moon. Naturally he wanted to go along. But could he smuggle himself aboard?
(10181 views)

The Radio Planet
by Ralph Milne Farley - Ace Books
When Myles Cabot, inventor of radio transmission of matter, returned to Venus he found himself alone on an unknown continent on that alien planet. To get back to his old headquarters and his loved ones presented some apparently impossible problems.
(1256 views)