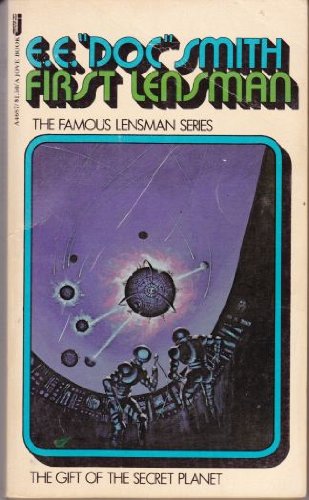 Description:
The enemy spacefleet arrowed toward the armored mountain -- nerve center of the Galactic Patrol. The Patrol battle cruisers swerved to meet them, and a miles-long cone of pure energy ravened out at the invaders, destroying whatever it touched.

The Airlords of Han
by Philip Francis Nowlan - E. P. Co., Inc.
Nowlan's novella tells about America in the 25th century, conquered by Hans in 2109 A.D. and only now beginning to rebel. The Hans are invaders from Asia with highly advanced technology. They have great aircraft armed with disintegrator rays...
(4844 views)

Incursio
by Drew Wagar - Smashwords
When a deadly alien attack is launched across the galaxy, humankind finds itself under-prepared and overwhelmed. Privateers take up the battle alongside the military forces and a plan is hatched to stop the invaders before humanity is eradicated.
(9224 views)

Black Amazon of Mars
by Leigh Douglass Brackett - Project Gutenberg
Brackett is best known for her screenplay for The Empire Strikes Back, but her lush tales of interplanetary adventures were thrilling readers long before Star Wars. This short novel features the final magazine appearance of her hero, Eric John Stark.
(9795 views)

Shoot the Humans First
by Becky Black - Smashwords
On Earth, everyone is a soldier. Like all humans Jadeth was trained from birth to kill. Humans are the best soldiers in the galaxy and they fight for whoever pays the most. With no family, no country, no tribe, their lives belong to High Command.
(7349 views)