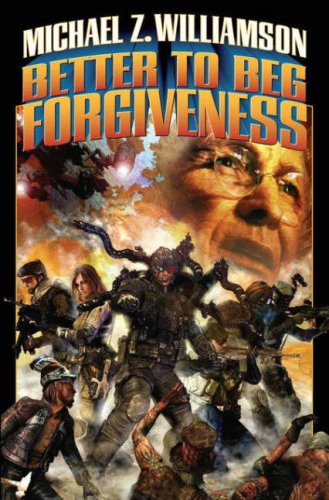 Description:
Celadon, a poor nation on a poor planet, engaged in civil war and a haven for every type of villainy in space, is ripe for cleanup. The military could pacify it handily, but it would take a statesman to fix it. But some statesmen have ethics, which politicians and megacorps find inconvenient. President Bishwanath compounded the sin by being astute, ambitious and capable. Something had to be done, because a working nation isn't much use for pork and graft.

Birdie Down
by Jim Graham - Smashwords
The third generation residents of the resource-rich New Worlds are seeking to throw off the yolk of corporate rule. Ex-Resource War veteran, Sebastian Scatkiewicz and his colleague 'Birdie', have dared to take on the biggest company of them all.
(6924 views)

Black Amazon of Mars
by Leigh Douglass Brackett - Project Gutenberg
Brackett is best known for her screenplay for The Empire Strikes Back, but her lush tales of interplanetary adventures were thrilling readers long before Star Wars. This short novel features the final magazine appearance of her hero, Eric John Stark.
(9806 views)