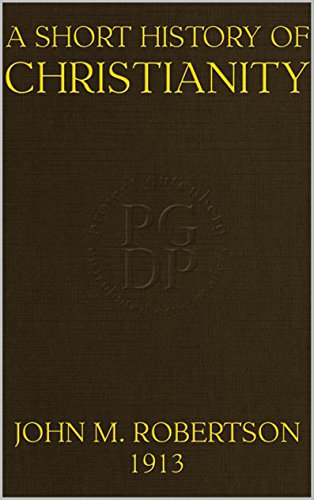 A Short History of Christianity
by J. M. Robertson

The Early Christians: In Their Own Words
by Eberhard Arnold - Plough Publishing House
Not merely a volume of collected writings of Christians living in early church communities, this anthology is a reflection of a faith and a way of life aflame with unwavering devotion. A clear and vibrant faith lives in these writings.
(6568 views)

The Quest of the Historical Jesus
by Albert Schweitzer - Adam and Charles Black
Groundbreaking study that established the reputation of the famed theologian traces the search for the historical Jesus. Schweitzer examines works of more than fifty authors and concludes that many of the reconstructions of Christ were fantasies.
(4017 views)