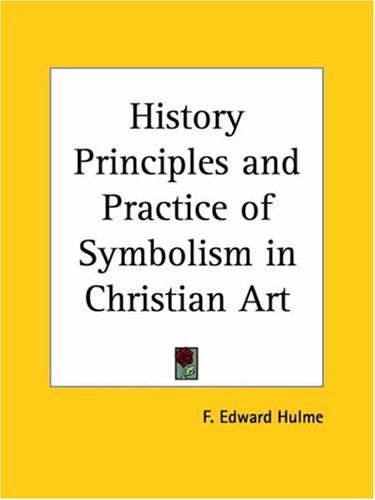 History Principles and Practice of Symbolism in Christian Art
by F. Edward Hulme

Description:
1908. A comprehensive review of Christian symbolism, from the primitive Church to the present. Lavishly illustrated with beautiful line drawings and engravings. Some of the many symbols investigated: the color white; the alpha and the omega; the good shepherd; the invocatory cross; emblems of mortality; the slayer of the dragon; symbols of the saints; the flabellum; the lion; and crocodilian tears

The History of Protestantism
by James Aitken Wylie - Cassell Petter & Galpin
This book pulls back the divine curtain and reveals God's hand in the affairs of His church during the Protestant Reformation. As God's church faces the last days, these compelling books have unique appeal and relevance to all who love the truth.
(11272 views)

A Short History of Christianity
by J. M. Robertson - Watts & Co.
Robertson was an advocate of the Jesus-Myth theory, and he argued against the historicity of Jesus. According to Robertson, the character of Jesus in the New Testament developed from a Jewish cult of Joshua, whom he identifies as a solar deity.
(7842 views)