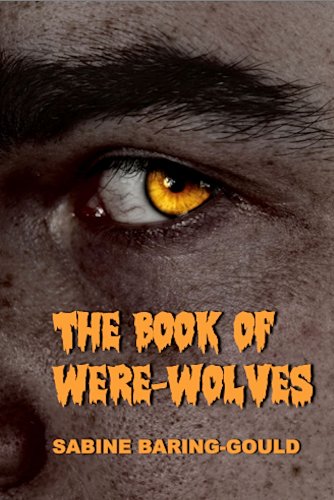 The Book of Were-Wolves
by S. Baring-Gould

Description:
You may rethink your non-belief in werewolves after reading this detailed study by folklorist Sabine Baring-Gould. He takes you on a journey from medieval times to more modern days, examining old folk tales, public records, theories, medical facts, and more.

Indigenous People
by Purushothaman Venkatesan (ed.) - InTech
Indigenous peoples are the native ethnic groups, descended from the original inhabitants of a region. This book is an attempt to bring out the analysis of indigenous environment, indigenous technical knowledge, indigenous resource governance, etc.
(1923 views)

The Maya Indians of Southern Yucatan and Northern British Honduras
by Thomas W.F. Gann - Washington, Govt. print. off.
The southern and eastern parts of Yucatan, from Tuluum in the north to the Rio Hondo in the south, are occupied by two tribes of Maya Indians, the Santa Cruz and Icaiche or Chichanha. The number of Santa Cruz was estimated in 1895 at about 8,000.
(2834 views)

Sex and Culture
by J. D. Unwin - Oxford University Press
I discuss eighty uncivilized societies, and from their cultural behaviour make my first induction. When our knowledge is complete, we find that in any vigorous society the method of regulating the relations between the sexes was constantly changing.
(14160 views)

The Origin of Man and of his Superstitions
by Carveth Read - University Press
In its first part the book explains a hypothesis that the human race has descended from some ape-like stock by a series of changes which began and, until recently, were maintained by the practice of hunting in pack for animal food.
(13144 views)