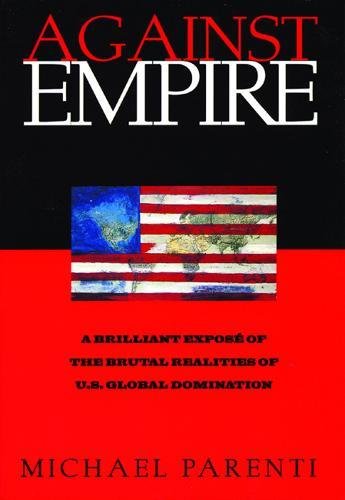 Against Empire
by Michael Parenti

Description:
Richly informed and written in an engaging style, Against Empire exposes the ruthless agenda and hidden costs of the U.S. empire today. Documenting the pretexts and lies used to justify violent intervention and maldevelopment abroad, Parenti shows how the conversion to a global economy is a victory of finance capital over democracy.

To the Right: The Transformation of American Conservatism
by Jerome L. Himmelstein - University of California Press
In this important book, Jerome Himmelstein offers a new interpretation of the growth of conservatism in American politics. He provides an interpretive map of the political landscape over past decades, showing how conservatives ascended to power.
(9437 views)

The Federal Mafia
by Irwin Schiff - Freedom Books
The Federal Mafia exposes every facet of the government's illegal enforcement of the income tax - and will convince you that Organized Crime in America begins with The Federal Government. The government doesn't want you to know what's in this book.
(18997 views)

Australia Under Construction
by John Butcher - ANU E Press
The Australian nation is a work in progress, concluded the authors of this monograph. They reflect on these, and other themes from a variety of perspectives. A stimulating read for anyone interested in the history and prospects of Australia.
(9340 views)

Bagels, Barry Bonds, and Rotten Politicians
by Burton S. Blumert - Ludwig von Mises Institute
Burton Blumert is an entrepreneur who knows not only all that there is to know about precious metals but also about politics and economics. He offers his wide-ranging insights in this funny, charming, and also learned collection of essays.
(18517 views)