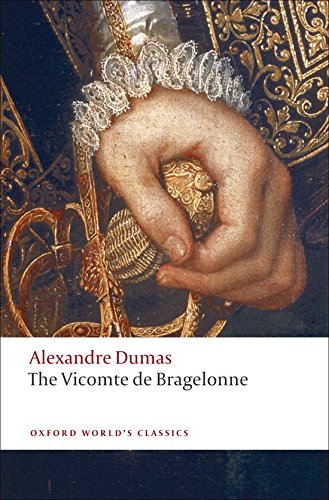 Description:
It is May 1660 and the fate of nations is at stake. Mazarin plots, Louis XIV is in love, and Raoul de Bragelonne, son of Athos, is intent on serving France and winning the heart of Louise de la Valliere. D'Artagnan, meanwhile, is perplexed by a mysterious stranger, and soon he learns that his old comrades already have great projects in hand...

The Conspirators: or, The Chevalier d'Harmental
by Alexandre Dumas - Peter Fenelon Collier
On the 22d of March, in the year of 1718, a young cavalier of high bearing, about twenty-six or twenty-eight years of age, mounted on a pure-bred Spanish charger, was waiting, toward eight o'clock in the morning, at that end of the Pont Neuf...
(3827 views)

The Count of Monte Cristo
by Alexandre Dumas pere - Project Gutenberg
The hero of this romantic novel, Edmond Dantes, is a young sailor who is unjustly accused and sentenced to life imprisonment in a French island fortress. After 14 years, Dantes makes a daring escape by taking the place of a dead companion.
(12011 views)

Celebrated Crimes (Complete)
by Alexandre Dumas pere - Project Gutenberg
The contents of these volumes, as well as the motives which led to their inception, are unique. The book was not written for children. The novelist has spared no language -- has minced no words -- to describe the violent scenes of a violent time.
(8275 views)