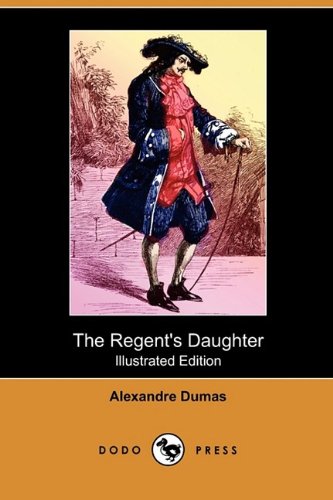 The Regent's Daughter
by Alexandre Dumas

Description:
On the 8th February, 1719, a carriage, bearing the fleur-de-lis of France, with the motto of Orleans, preceded by two outriders and a page, entered the porch of the Abbey of Chelles, precisely as the clock struck ten, and, the door having been quickly opened, its two occupants stepped out.

The Vicomte de Bragelonne
by Alexandre Dumas - Peter Fenelon Collier
It is May 1660 and the fate of nations is at stake. Mazarin plots, Louis XIV is in love, and Raoul de Bragelonne is intent on serving France and winning the heart of Louise de la Valliere. D'Artagnan is perplexed by a mysterious stranger ...
(1793 views)

Ten Years Later
by Alexandre Dumas - P.F. Collier
Ten Years Later is the third and last of the d'Artagnan Romances, following The Three Musketeers and Twenty Years After. The principal heroes of the novel are the musketeers. The narrative of this novel is set between 1660 and 1673.
(2436 views)

The Count of Monte Cristo
by Alexandre Dumas pere - Project Gutenberg
The hero of this romantic novel, Edmond Dantes, is a young sailor who is unjustly accused and sentenced to life imprisonment in a French island fortress. After 14 years, Dantes makes a daring escape by taking the place of a dead companion.
(12421 views)