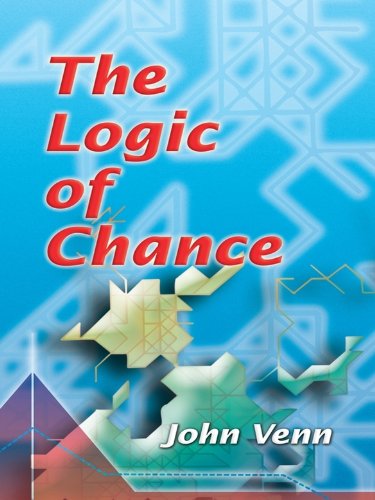 The Logic Of Chance
by John Venn

Description:
No mathematical background is necessary to appreciate this classic of probability theory. Written by the logician who popularized the famous Venn Diagrams, it remains unsurpassed in its clarity, readability, and charm. The treatment commences with an overview of physical foundations, examines logical superstructure, and explores various applications.

A History Of The Mathematical Theory Of Probability
by I. Todhunter - Kessinger Publishing, LLC
History of the probability theory from the time of Pascal to that of Laplace (1865). Todhunter gave a close account of the difficulties involved and the solutions offered by each investigator. His studies were thorough and fully documented.
(15705 views)

Radically Elementary Probability Theory
by Edward Nelson - Princeton University Press
In this book Nelson develops a new approach to probability theory that is just as powerful as but much simpler than conventional Kolmogorov-style probability theory used throughout mathematics for most of the 20th century.
(14483 views)

Applied Probability
by Paul E Pfeiffer - Connexions
This textbook covers most aspects of advanced and applied probability. The book utilizes a number of user defined m-programs, in combination with built in MATLAB functions, for solving a variety of probabilistic problems.
(9127 views)