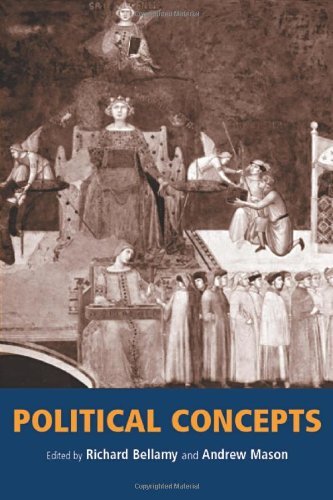 Description:
Written by a powerful international team of theorists, this book offers a sophisticated analysis of the central political concepts in the light of recent debates in political theory. All political argument employs political concepts. They provide the building blocks needed to construct a case for or against a given political position.

Democracy and Power: The Delhi Lectures
by Noam Chomsky - Open Book Publishers
Chomsky's early insights into the workings of power in the modern world remain timely and compelling. This series of lectures also provides the reader with an invaluable introduction to the essential ideas of one of the leading thinkers of our time.
(5148 views)

Scientific Method of Elections
by Richard Lung - Smashwords
The sheer difficulty of genuine electoral reform is shown and explained. The defeat of democracy is also a defeat for science. Freedom and knowledge depend on each other. Therein is the remedy. I base voting method on logic of measurement...
(5570 views)

Terrorism in Asymmetric Conflict: Ideological and Structural Aspects
by Ekaterina A. Stepanova - Oxford University Press, USA
This thought-provoking book challenges the conventional discourse on contemporary terrorism. It examines the synergy between the extremist ideologies and the organizational models of non-state actors that use terrorist means in asymmetrical conflict.
(10873 views)

American Government and Politics in the Information Age
by D.L. Paletz, D. Owen, T.E. Cook - Flat World Knowledge
A comprehensive introduction to the vital subject of American government and politics. The text introduces the intricacies of the Constitution, the complexities of federalism, the meanings of civil liberties, and the conflicts over civil rights.
(7794 views)