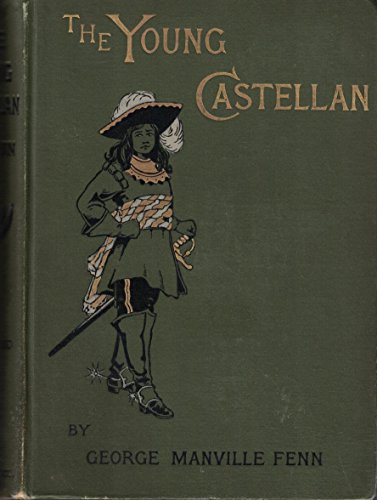 The Young Castellan: A Tale of the English Civil War
by George Manville Fenn

Description:
A Castellan is a person in charge of a castle, and that is what young Roy Royland has become, while his father, Sir Granby Royland, is away defending his king. For the time is about 1640, and there is a move afoot in the country of England to do away with the monarchy...

Young Robin Hood
by George Manville Fenn - H. Altemus co
Ever wonder how Robin Hood became Robin Hood? Read how a young boy was molded into the famous hero who 'robbed from the rich and gave to the poor'. This imaginative story gives zesty details into the development and growth of the famous Robin Hood.
(1222 views)

Seven Frozen Sailors
by George Manville Fenn - Project Gutenberg
I suddenly woke to the fact that in going close in to the visible part of the iceberg, we had sailed in over a part of it that was under water, and now the huge mass of ice having grown top-heavy, it was slowly rolling over...
(5378 views)

To The West
by George Manville Fenn - ManyBooks
Mayne Gordon and Esau Dean, the heroes of the story, escape from a tyrannical master in the City, who thrashes them into a despairing rage and then prosecutes them for assault. After a good deal of trouble, they arrive safely in British Columbia.
(4809 views)

The Peril Finders
by George Manville Fenn
This is a long and excellent book. It starts in California, where several settlers had been trying to gain a living as fruit-growers, but the various blights and insects were getting the upper hand, and failure was in the air all round ...
(1508 views)