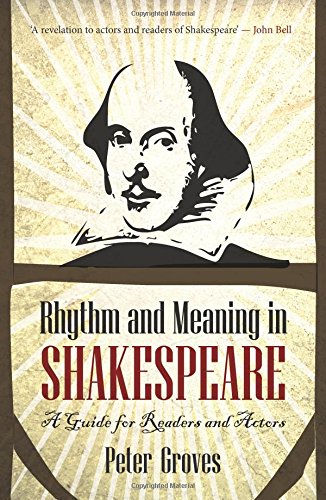 Rhythm and Meaning in Shakespeare: A Guide for Readers and Actors
by Peter Groves

Description:
How did Shakespeare intend that his plays be read? Rhythm and Meaning in Shakespeare explores the rhythmical organisation of Shakespeare's verse and how it creates and reinforces meaning both in the theatre and in the mind of the reader.

Faulkner and Hemingway: Biography of a Literary Rivalry
by Joseph Fruscione - The Ohio State University Press
Fruscione examines the contentious relationship of two titans of American modernism. At times, each voiced a shared literary and professional respect; at other times, each thought himself the superior craftsman and spoke of the other disparagingly.
(2245 views)

An Introduction to Shakespeare
by Durham, MacCracken, Pierce - The MacMillan Company
This volume presents what may be necessary for the majority of classes, as a background on which may be begun the study of the plays. Critical comment on individual plays may stimulate interest in other plays than those assigned for study.
(7495 views)

Outline of American Literature
by Kathryn VanSpanckeren - U.S. Department of State
The Outline of American literature, newly revised, traces the paths of American narrative, fiction, poetry and drama as they move from pre-colonial times into the present, through such literary movements as romanticism, realism and experimentation.
(12638 views)