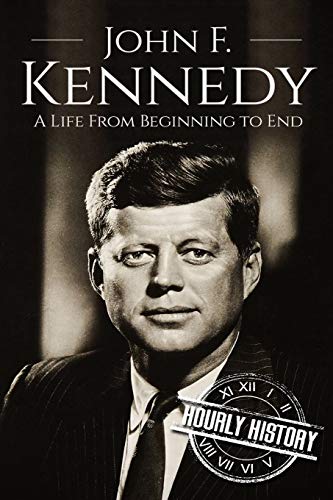 John F. Kennedy: A Life From Beginning to End

Description:
John F. Kennedy is the president that everyone knows. He was a rich man's son, an athlete, a war hero, a ladies' man, an author, a president, his face rendered forever young because the last time Americans saw him, he was riding in a convertible in Dallas, his glamorous wife at his side...

The Presidents: A Reference History
by Henry F. Graff - Advameg, Inc.
This a standard resource for students and the general public alike: U.S. presidents from George Washington to George W. Bush are profiled in depth. This is the story of the national political leadership of the country during the nearly two centuries.
(15969 views)

John Adams: A Life
by John Ferling - The University of Tennessee Press
Ferling depicts a reluctant revolutionary, a leader who was deeply troubled by the warfare that he helped to make, and a fiercely independent statesman. The book brings to life an exciting time, an age in which Adams played an important role.
(8369 views)

The True Benjamin Franklin
by Sydney George Fisher - J.B. Lippincott Company
This is an analysis of the life and character of Franklin. The author endeavored to let Franklin speak for himself. The text is in the way of an estimate of his position, worth, and work, and gives every essential fact of his career.
(12891 views)