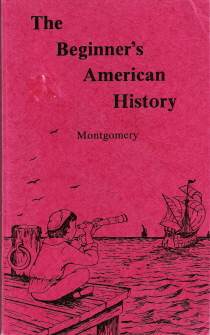 Description:
Its object is to present clearly and accurately those facts and principles in the lives of some of the chief founders and builders of America which would be of interest and value to pupils beginning the study of our history. Throughout the book great care has been taken to relate only such incidents and anecdotes as are believed to rest on unexceptionable authority. Few text-books have met with such immediate recognition as this. It seems to be regarded by the best judges as, on the whole, the best school history of the United States yet published.

Reassessing the Presidency : The Rise of the Executive State and the Decline of Freedom
by John V. Denson - Mises Institute
This remarkable book is the first full-scale revision of the official history of the U.S. executive state. Contributors examine the usual judgments of the historical profession to show the ugly side of supposed presidential greatness.
(14106 views)

Ku Klux Klan: Its Origin, Growth and Disbandment
by W. L. Fleming, J. C. Lester, D. L. Wilson - Project Gutenberg
This small monograph is an early inside view of the Ku Klux Klan in Tennessee, where it was first born, written some twenty years after the events of Reconstruction, augmented by an introductory essay written by noted historian Walter L. Fleming.
(11093 views)

The American Story
by Garet Garrett - Henry Regnery Company
The real American story, from its beginning on the empty stage of a New World until now, is entirely improbable. Every attempt to account for it rationally leaves you with a feeling that something important has been left out.
(12304 views)