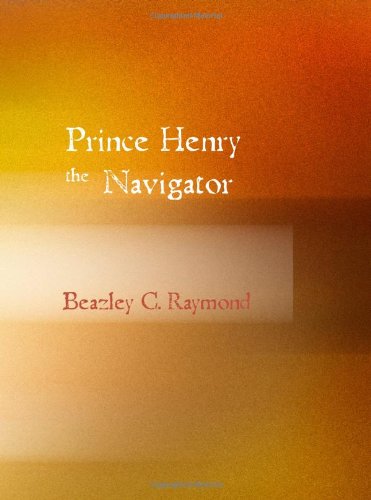 Description:
The book gives an account of the progress of geographical knowledge and enterprise in Christendom throughout the Middle Ages, down to the middle or even the end of the fifteenth century, as well as a life of Prince Henry the Navigator, who brought this movement of European Expansion within sight of its greatest successes. It has been attempted to treat Exploration as one continuous thread in the story of Christian Europe from the time of the conversion of the Empire; and to treat the life of Prince Henry as the turning-point, the central epoch in a development of many centuries.

A History of Spain
by Charles E. Chapman - The Macmillan Company
The present work is an attempt to give in one volume the main features of Spanish history from the standpoint of America. It should serve almost equally well for residents of both the English-speaking and the Spanish American countries.
(7785 views)

A Source Book for Mediaeval History
by E.H. McNeal, O.J. Thatcher - Charles Scribner's Sons
Our purpose in general has been to present material touching only the most important matters of the whole medieval period. We have tried to offer in usable form illustrative material which may be of service to both teacher and student.
(6835 views)

The History of Peter the Great, Emperor of Russia
by Voltaire - Leavitt & Allen
Peter the Great was tall, genteel, well made, with a noble aspect, piercing eyes and a robust constitution, fitted for all kinds of hardship and bodily exercise. He had a sound understanding, which is the basis of all real abilities ...
(6535 views)