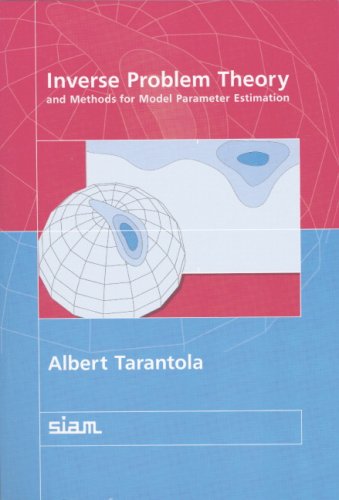 Description:
The first part of the book deals exclusively with discrete inverse problems with a finite number of parameters, while the second part of the book deals with general inverse problems. The book is directed to all scientists, including applied mathematicians, facing the problem of quantitative interpretation of experimental data in fields such as physics, chemistry, biology, image processing, and information sciences. Considerable effort has been made so that this book can serve either as a reference manual for researchers or as a textbook in a course for undergraduate or graduate students.

Stochastic Integration and Stochastic Differential Equations
by Klaus Bichteler - University of Texas
Written for graduate students of mathematics, physics, electrical engineering, and finance. The students are expected to know the basics of point set topology up to Tychonoff's theorem, general integration theory, and some functional analysis.
(12694 views)

Introduction to Probability and Statistics Using R
by G. Jay Kerns
A textbook for an undergraduate course in probability and statistics. The prerequisites are two or three semesters of calculus and some linear algebra. Students attending the class include mathematics, engineering, and computer science majors.
(8454 views)

Markov Chains and Mixing Times
by D. A. Levin, Y. Peres, E. L. Wilmer - American Mathematical Society
An introduction to the modern approach to the theory of Markov chains. The main goal of this approach is to determine the rate of convergence of a Markov chain to the stationary distribution as a function of the size and geometry of the state space.
(12523 views)

Correlation and Causality
by David A. Kenny - John Wiley & Sons Inc
This text is a general introduction to the topic of structural analysis. It presumes no previous acquaintance with causal analysis. It is general because it covers all the standard, as well as a few nonstandard, statistical procedures.
(14703 views)