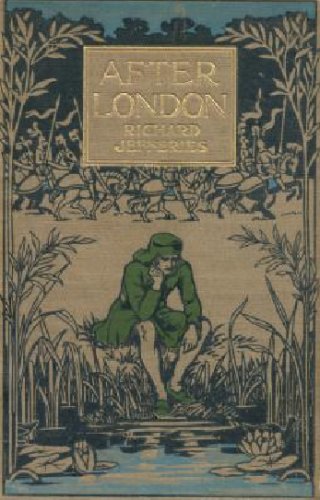 After London, or Wild England
by Richard Jefferies

Description:
This is a science fiction novel by Richard Jefferies, an English naturalist and writer. He describes an England of the distant future in which most of the people have either died or they have been removed to some other place. Most of the of the British Isle is now covered by a giant lake, a swamp covers the site of old London. Felix, the hero of the story, sets out on a quest in a canoe to win the hand of the daughter of a neighboring baron.

Robur the Conqueror
by Jules Verne - Pierre-Jules Hetzel
A science fiction novel by Jules Verne. The story begins with strange lights and sounds reported in the skies all over the world. The events are capped by the mysterious appearance of black flags with gold suns atop tall historic landmarks.
(7175 views)

The True History
by Lucian of Samosata
Lucian of Samosata was a Greek satirist of Assyrian extraction, and True History is perhaps his most well-known tale. In this tale, the protagonist visits the Moon, meets extraterrestrial creatures, and takes part in interplanetary warfare.
(5288 views)

The Wondersmith
by Fitz James O'Brien
O'Brien's work is often considered a forerunner of today's science fiction. The Wonder Smith is an early predecessor of robot rebellion, where toys possessed by evil spirits are transformed into living automatons who turns against their creators.
(5154 views)