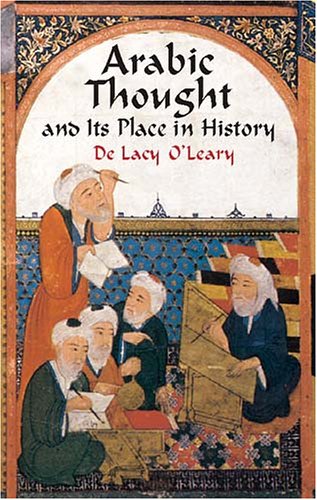 Arabic Thought and Its Place in History
by De Lacy O'Leary

Description:
Well-documented study of the mutual influence of Arabic and Western worlds during the Middle Ages traces the transmission of Greek philosophy and science to the Islamic cultures. A fascinating portrait of medieval Muslim thought, it illustrates commonalities with Judaic and Christian teachings as well as points of divergence.

The Koran (Qur'an)
- quran.com
The Koran admittedly occupies an important position among the religious books of the world. Though the youngest of the works belonging to this class of literature, it yields to hardly any in the effect which it has produced on large masses of men.
(12744 views)

Islam in the 21st Century
- Khilafah.com
This booklet will explore and contrast some of the problems of the 21st century and compare the manner in which secularism and Islam attempt to solve them. This booklet will look at how the Shari'ah texts are capable of dealing with any issue.
(7239 views)

Islam between Truth and False Allegations
by Ahmad Shalabi, et al. - ISESCO
Addressing the fallacies harboured by certain non-Muslims about social issues, the book expounds in a clear manner the Islamic standpoint vis-a-vis those issues, and redresses the misrepresentations circulated about the righteous religion of Islam.
(7504 views)

When Life Begins
by Bashir Nazir - Smashwords
English translation of the Urdu best-selling novel based in the Hereafter. It provides a comprehensive sketch of the world and life in the Hereafter in the form of a novel. The first book of its kind which was read by millions of Urdu reader.
(7770 views)