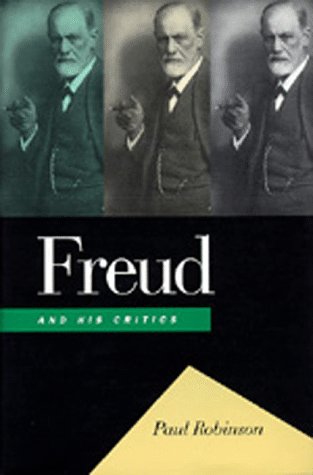 Freud and his Critics
by Paul Robinson

Description:
In a witty, densely argued critique, Stanford University historian Robinson levels the accusations of prominent anti-Freudians Frank Sulloway, Jeffrey Masson and Adolf Grunbaum. The book presupposes some knowledge of psychoanalytic theory, but Robinson does an excellent job of explaining his opponents' arguments as well as his own.

How We Think
by John Dewey - D. C. Heath & Co.
A classic book about thinking. Dewey studies thought from the psychological and philosophical points of view and derives practical ideas for education. Useful book whether you are a student, teacher, or just interested in the world around you.
(13429 views)

The Contents of Perceptual Experience: A Kantian Perspective
by Anna Tomaszewska - De Gruyter Open Ltd
The book addresses the debate on whether the representational content of perceptual experience is conceptual or non-conceptual, by bringing out the comparison between Kant s conception of intuition and contemporary accounts of non-conceptual content.
(3121 views)

Cosmic Consciousness: A Study in the Evolution of the Human Mind
by Richard Maurice Bucke - Innes & Sons
The basic point of this book is that the human race is slowly and sporadically advancing in consciousness to a higher state that will eventually lift the species above the fear, ignorance and brutality that have plagued mankind throughout history.
(11039 views)